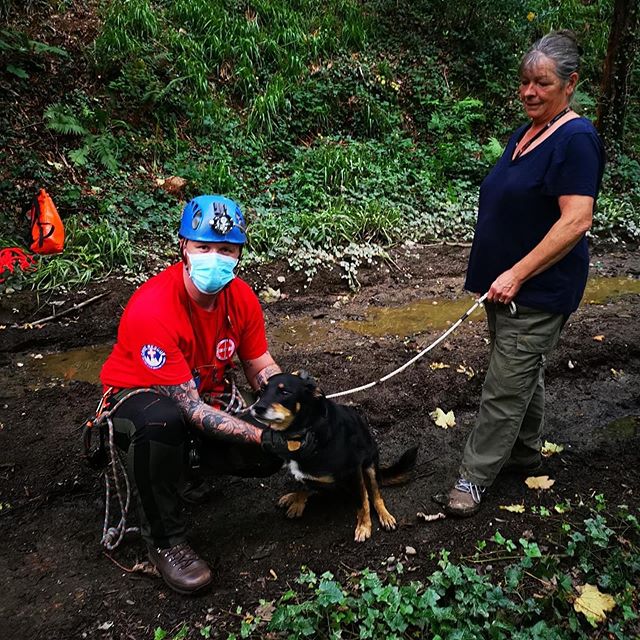 This afternoon DCRO were activated and successful in the rescue of a lovely young dog called Freya in a mine in the Tamar Valley.

The team was initially called out by Devon Lost Dog Search & Rescue. Upon arriving on scene it became apparent that Freya was trapped approximately 60 meters up a cliff face in a very precarious place. As the team were on site and having the appropriate skill set to carry out vertical rescues it was decided that we would progress with the rescue.

Once rigged team member Joe Cartwright abseiled over to the ledge and secured Freya, then gave her some treats and water (and lots of scrubs behind the ears).

Once secured, team member Rick Stewart then abseiled over to assist with loading her into a bag at which point Joe then abseiled her down to her awaiting humans.

A big thanks to all the team members that responded and a special thanks to: